What a grand day out! Having bombed on floating Boaty for the first time a few days ago in Sussex, I spotted another Boat Only event at Fotheringhay, near Peterborough, slated for today. Hasty plans were hatched, encouragement offered to Infinson to finally pull his finger out and buy a kayak, and it was agreed that Team Essex would convene for the do at the Event waypoint.

Alistair and I arrived at about 10:30 to lashing rain. We sat in the car for half an hour to let it pass, which it did eventually. While we were there, another car pulled up and we noticed a huge blue chum for Shifty sitting on the back shelf! They made friends quickly.

Infinson and Fincache had parked some way off and arrived in their shiny new Challenger K2, with Ian sitting in State at the back while Ryan did all the work!

Once Boaty was inflated, Shifty took the back seat, I got into the middle and Alistair was Stroke at the front. We set off with the others to find the boat only caches and sign the boat only log.

It was great fun paddling along the river, with a few stops from time to time, to frisk the overhanging trees.

Ryan got this one!

Alistair took hold of the GoPro for a while, just to prove that I was working hard at the back!

There were several puzzle caches which we had solved – this one was technically missing a log book, but the CO was kind enough to let us claim the find as we were in the right place.

A few of the locations were a bit overgrown! Got this one in the end, having shoved the kayak as far in as we dared.

Ian and Ryan had no trouble finding this one, but it took ages to put it back again.

Half of Team Essex went back to their car past the lock, but we paddled back to the event location to dry out the kayak and have our picnic. It was a great gathering on the banks.

We met up with Ian and Ryan again in Elton to bag a few more in the village. Shifty and Mr Duck spotted a very appropriately named street – I think they want to move here!

I’ve had an absolutely awesome day out caching today, with geofriends David (Tot66) and his son Calum (Caliber2000). David and I were discussing our DT grids at an Essex Meet a few weeks ago, and he offered to take me out caching by kayak, so we could grab some hight terrain caches long the River Lea near Ware. It was the Messing About On The River series by  Noztradamus&JackNano. Today was the day for my maiden voyage!

Having inflated the kayaks, we set off but discovered we were on the wrong bit of river/canal/tributary! So it was out of the inflatables again and portage them past the big weir to a better place to put in. However, this left us downstream with another weir in between us and No. 1. So we decided to go for 2-5 first and come back for No. 1 later.

Once we arrived at GZ, I quickly spotted the cache at No. 2 and Calum volunteered to reach up to make the grab while we kept his kayak steady. That wasn’t so bad, but after I’d signed it, he spent an age trying to get the Bison’s lid screwed up again. Many times we thought he would end up wet, but his balance won out and with some relief, he finally did the container up and sat down back in his K1. Phew!

Thankfully No. 3 was much easier – difficult from above on the bridge, but easy peasy by boat. Again I did the signing honours and replaced it as we paddled underneath.

The going was fine until we turned up a side tributary towards No. 4. Fallen trees had trapped the skegs which meant a bit of bumping was needed to get us over the obstructions. Once we got to GZ here we ran aground – it was very shallow! David gave up and got out, so he had a little paddle while signing the log for us all!

Backtracking and taking a further paddle up the main stream got us to No. 5 – again a tricky climb but with us steadying Calum’s K1 as he scaled the barrier, we got the log down and back safely.

We then set sail back towards where we had started. The clouds had burned off and the sun was shining as we paddled along. It was a lovely day for Messing About On The River, for sure!

The GoPro proved invaluable for taking some photos. Thankfully I’ve got a waterproof housing for it, and the remote control app on my phone – which was in a dry bag – so there were no worries about getting the tech wet. And a good job too…

Having manoeuvred ourselves back to the second smaller weir, we got out of the boats and sat for a quick rest on the bank. Unfortunately, upstream of the weir (where we needed to put in to tackle No. 1) there wasn’t any easy portage points. We chose the best we could manage and I was trying to get back into the kayak when disaster struck!

Yes, of course, I went in the drink, and got very wet. But it was all great fun and Calum managed to take these photos which I’ve montaged together to immortalise the event!

We tried once more and this time I made it into the boat without embarrassing myself again! Once at GZ, the current from the big weir was too strong for us to maintain a position to grab the cache, so we decided to call it a day. 4/5 wasn’t a bad score for our efforts, and I have now filled four empty DT squares with just one to go! 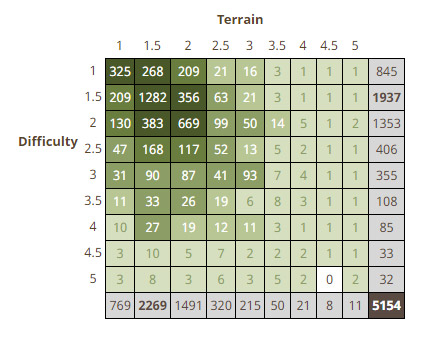 We had also targeted a couple of other adventurous caches to tackle after the river, both by the same CO, The first was Nano’s Secret Nuclear Bunker, which was in an abandoned Royal Observer Corps underground hideout. Great fun to explore (it was tiny, it didn’t take long!).

It brings home just how awful it would have been to have been stuck down in one of these things – there was barely room to swing a cat. One small room and an en suite loo – that was it!

We found the box and the codes required to open it to sign the log. Then it was a bit of a climb back up, but we all escaped easily!

David was glad to be out in the fresh air again!

The last of the extreme caches today was Are You Afraid Of The Dark?  Head torches at the ready, we made our way inside… It was a huge storm drain tunnel which we had no trouble standing up in – and seemed to go on forever!

I’m not sure how far we walked but it took ages as we had to pick our way carefully along the slippery brick floor. There wasn’t any water underfoot, apart from the odd puddle. I can’t imagine what it would be like when there’s full flow in here!

Thankfully there was only one way to go, so we didn’t get lost!

We were told we needed to go right to the other end, turn around and begin our search. The hide was quickly spotted, and we then had to do the walk in reverse. Perhaps we should have tried getting out this end to see where it went above ground?!

There were a couple of easy trads within striking distance of the tunnel, so we decided to go for those as well. The last was a lovely duck-themed box, The Duck Pound II which encouraged you to give the ducks a good home. How could we resist? I’m now the proud owner of the little blue guy you can see here (who has since turned into the intrepid traveller, Caz’s Little Quacker):

So all in all a Grand Day Out, great fun with lots of laughs and certainly pushing the boundaries of my caching experience to date. Can’t wait to do it again! I have certainly been living up to my  Life Begins geocoin’s motto today.