I’ve had a mad day trying to bag as many counties as I could on my drive north. The minimum I wanted was 5, I hoped for 10 and the final total was either 12 or 13, depending which definition of “county” you believe!

1. Essex
First stop was to grab one of the Essex Way Reborn series. No. 29 was very convenient as it was right next to the road I was going to be driving on anyway, and there was a big layby to park up in while I searched. The cache was soon in hand, and I set my satnav for the next destination. 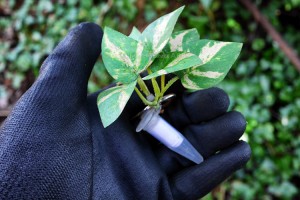 Next up was a short diversion via Bishop’s Stortford to collect Hertfordshire. This is where it all went pear-shaped. There were too many muggles at my first target, I couldn’t find the next TWO and had to resort to a hastily-downloaded back up cache from my phone to finally find something! Phew.

3. Cambridgeshire
I hit slow traffic as soon as I got onto the M11 but eventually arrived at Duxford to pick up a quick trad opposite the aerodrome. Then it was another slow, boring crawl further up the M11 and A14 before getting to the next target. 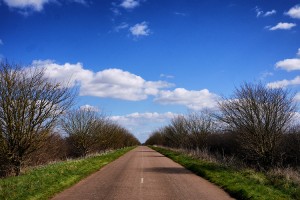 A small detour from the A1 brought me into Northants, where I spotted the cache quickly, under a tree at the side of the road. There were big, wide open skies and it was still sunny and warm. 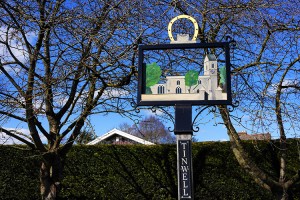 The pretty village of Tinwell was my stop in Rutland. Originally, I was going to go for the Church Micro in the village, but I had problems finding the right footpath. So instead I went for a quick find at the Village Sign.

6. Lincolnshire
Next up was a detour from the main route, in Lincolnshire. I almost had a DNF at what should have been a quick drive by here, but persisted and eventually stretched high enough to spot the cache.

7. Leicestershire
Muston is a small village just inside Leicestershire, where I picked up a nice camo’d cache by a mile post. Another county ticked off!

8. Nottinghamshire
Number 8 was Nottinghamshire, a simple Multi Church Micro in the village of Sutton-on-Trent. Still blue sky and sunny for the trip. I was wondering how long it could last… 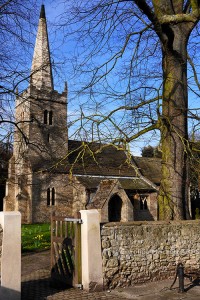 A bit further up the A1(M) was my next target, another Church Micro, this time in Marr. It was an inventive hide up the spout of a water pump. And onto the next…

10.  West Yorkshire
Yet another church-based cache for West Yorkshire, this time in Darrington. I found the pot easily enough, but it had a very narrow bottle neck and I couldn’t get the log out – so I just put another piece of paper in it. That’s the 10 county target met! But I had not finished…. 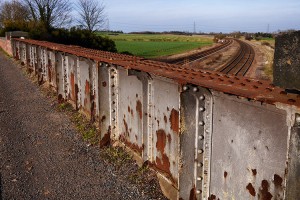 I had plans to scout out a high D/T cache near Knottingly as a grid filler, but sadly it wasn’t to be today. I just couldn’t spot it. However, I did find another bridge-based cache close by, to make sure I had picked up one for North Yorkshire (which actually protrudes quite far south at this point). 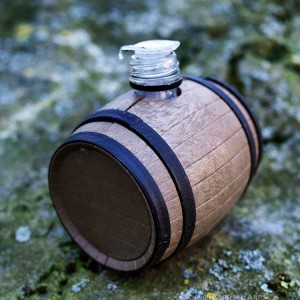 This cache was rather well themed – it was set near the site of an old brewery, and the log sheet was set into the side of a little barrel! Pity it wasn’t full, after the day I had had, I could have done with a bit of a tipple. Never mind, the light was beginning to fade a little which meant I couldn’t hang around. I had one more county to collect… 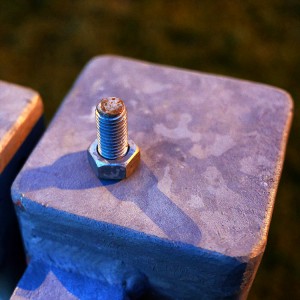 The final pick up of the day was in Tyne & Wear. It was a magnetic bolt on the base of a gate post. I was very glad to have finally finished my mission, just a mile or two from my final destination at Alistair’s house in Newcastle. What a day! I think it has qualified me for three different Challenge Caches, so it was definitely worth the effort.