There was a Winter Afternoon Railyway Flash Meet at Wakes Colne today, organised by BigBadJohn which I wanted to attend, and it presented the opportunity to search for some hides around The Colnes and Bures. It’s not an area I get to very often, so always welcome.

One of my first stops on the way was for an Earthcache in Aldham. You have to measure the speed of the river by playing Poohsticks! Marvellous!

After finding another trad on the way, I arrived at the Flash Meet. There was a great turnout despite the cold weather. Even ShiftyDuck made an appearance!

There was a cluster of hides around Bures which I wanted to find, so after we dispersed I headed north towards the village. It has an impressive church for the size of settlement, and it looked even better in a sudden burst of sunshine.

Once business in Bures was done, I drove further north and passed the lovely little Church at Lamarsh (picking up the CM as I went). It’s one of only three Norman churches with a round tower and is a Grade I listed building. No wonder.

My main reason for heading so far out of the way was to finally end up in Henny Street, a tiny hamlet next to the River Stour just south of Sudbury. But hosting a rather tasty D2/T4.5 cache which completes another square for me, and the D2 row: 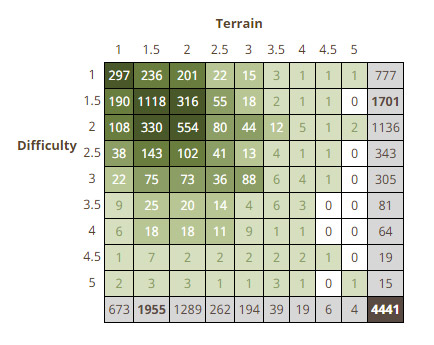 I’m now down to single figures with just 9 squares to fill in – yay!

I managed a trio of finds today on my way to Mum & Dad’s for Christmas. The first two were were another couple of Church Micros – Aldham and Ardleigh – which I needed towards a Challenge cache qualification.

Aldham was a straightforward find just as the sun came out (it had been pelting with rain this morning).

Ardleigh was a little more involved – and turned out not to be a micro at all! But a good old Ammo box hidden at the edge of a field. Another find under my belt, this time looking over a lovely sunset and listening to the peel of bells from the Church tower calling the parish to the Christmas service.

There was a Letterbox hide nearby too, and I’m always partial to a Letterbox. Dusk was beginning to fall but I managed to find the box after grabbing the information. Now onto the folks’ for the Christmas hols!